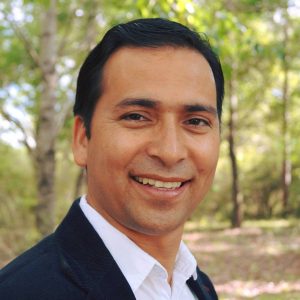 ﻿Sudip Khadka  is the founder and president of Compassion for Asia.

He was born and brought up in Orthodox Hindu family in Nepal. He came from the Chhetri caste system and his family, especially his dad, was involved in politics and also was a witch doctor. His Dad had great influence over him. He was the first male child after six female children in the home. His dad wanted a male child because in Hindu religion it is important   to criminate dead body by male child of his parents so that they may go to heaven and be also successor in his dad’s political carrier.

His birth in the family was full of hope and had so much expectation from his family. When he lost his one of the loved sister in the family then he didn’t have peace with the Hindu gods and goddesses. God had a divine plan for him and in 1986, while he was studying, the man who was running that school shared the Gospel with him and he received Christ. The man who brought him to the Lord was the first Christian in the country.

As he was growing in the Lord, because of the persecution, his spiritual father had to be in prison. Sudip himself had to go through the rejection of the family and had to face lot challenging situations inside the country from family, friends, school teacher, and relatives and from any one, because in those days Christianity was illegal in Nepal. Then Sudip got the privileged of leading and giving leadership in the church not long after his conversion because his leader was in prison many times.He started leading a church when he was 15 years old.

In 1989 he dedicated his life for the full time service for the Lord and begun to work in apostolic anointing and calling. Since then he has been continually working in Nepal. Sudip is actively involved in church planting, teaching, preaching, and sharing redeeming power of the Lord in Nepal and its neighboring countries. Sudip moved to the capital of Nepal, Kathmandu, where he obtained a Master’s degree in politics from Tribhuvan University. He also holds a Master of divinity from theological institution and has graduated from Brownsville Revival School of Ministry (BRSM) with a missions degree.

In Kathmandu, Sudip worked to establish different ministries but he felt that his walk with the Lord and his ministry was missing something. So, in 2001, he traveled to Pensacola, Florida to attended Brownsville Revival School of Ministry (BRSM). The school transformed his life. After completing his degree in missions, he returned back to Nepal to continue to work.
In 2005, Sudip was married to Anne Lise from Norway. He met her in Pensacola, FL during his visit. She also graduated from BRSM. Presently they have three children. Sudip and Anne Lise are ordained minister through liberty Networks. They both represent

Sudip runs ministry called compassion for Asia. (CFA). Their work involves planting churches and providing oversight and leadership to several churches in Nepal and in the neighbor country India. They provide leadership to 40+churches. They hold evangelist crusades and leadership seminars. They are raising, equipping and training indigenous people and are sending them as missionaries to their own people through Compassion for Asia Bible College. Anne Lise and Sudip also support native missionaries and pastors and help them to be self supporting. They are running orphanages.  They also run an NGO (Non Government Organization) called Reach the unreached-Nepal and work in different social and education projects to the people of Nepal. Sudip is Founder and President of Compassion for Asia